I did a read aloud to who how my reading has improved over the year. I am reading the Hobbit by J.R.R Tolkien. Here it is:

We co-constructed our own criteria. Here it is:
-Expression
-Fluency
-Loud and clear
-Know the words
-Punctuation (.?!”,)
-Good fit book

I think I am really good at reading hard words and making funny voices for the characters. I am still working on expression. I Love reading!

Chapter Three
To the Dungeons we March!

Framata was running. Fast. She could hear the merte’s soft footfalls as they sped after her. But they were getting quieter and quieter. Finally, when she could no longer hear them so she stopped to rest against a large oak tree.

“What was that?” Framata said to herself as she heard a twig snapping behind her. Then in the blink of an eye a particularly large merte had picked her up, grabbed a rope, and trussed her like a chicken. That was when everything went black.

When she regained consciousness she realized she was lying on her belly on a cold stone floor. She rolled over and groaned.
“,Everything hurts” Then she heard a familiar high pitched voice squeal
“Framata what happened to you? you are all tied up and groaning, you even look dizzy!”
“Every single word of that is true Pandra, will you help me get out of these ropes?” she asked.

The next day when Brigora was at Ladaria’s house that day Brigora said bravely
“,Lets go find Framata and Pandra”
“What,” gasped Ladaria
“I said,” said Brigora again, this time a bit impatiently “,Lets go find Framata and Pandra.”
“I must be dreamining,” said Ladaria planting her head in her hands and firmly shaking her head.
“Nope, you’r not dreaming,” said Brigora.
“Ok but have you had enough time to consider that,” asked Ladaria.
“Yup,” said Brigora. Ladaria sighed.
“Dad will never let me,” said Ladaria.
“We will have to sneak away,” said Brigora “We will do it tomorrow so when I leave tonight get packed up.”
Then Master Sunwell’s deep voice boomed kindly “,Brigora it is time for you to leave.” So Brigora said goodbye to Ladaria and bounded down the stairs.

When Mistress Greentop woke up she was still musing over where her daughter could be. Well Pandra Rodengloss too but to her, Framata was much more important. She decided to write a letter to her husband. It said:
Framata has gone missing, please look for her at the farm

She would have to wait until the postman came by. Meanwhile, She thought that she should probably talk to Mistress Rodengloss, she would be worried about her daughter as well but that thought got interrupted by a knock on the door. She stretched her way out of bed, threw on a robe, and answered the door. It was Mistress Rodengloss. She felt sort of embarrased. She was in her robe with bags under her eyes and Rodengloss was fully dressed and totally awake.
“What are you doing here this early?” she asked.
“Early?” said Rodengloss
“Yes early its- wait a second” She poked her head inside and glanced at her clock. She felt as though her cheeks were on fire. It was two in the afternoon. She had overslept. Badly. She said “Maybe we could talk some other time, I know you are worried about your daughter too but” she gestured to herself “I think you get it, bye,”
she said slamming the door so hard from embarrassment that a moment afterwards she heard a small yelp from the other side of her door.

The next morning when Brigora woke up she sighed. she would have to wait until tomorrow to see Ladaria because now she was getting ready for the walk back to the farm. She said goodbye to Master Sunwell, who said he would tell Ladaria when she woke up that Brigora said goodbye. She picked up her cloak and headed out the door. She waved to the smaller children playing on the road as she walked out of town.

When she got to the farm she shouted “Hi dad I am home!” and he replied
“Hi Brigora, my girl.” And then she headed to her room to get settled. She hung up her cloak on the hook in her room and plopped down on her bed. She was exhausted from the long walk back. Her father said it was good exercise though. She heard him yell, “Brigora, come help me and collect the eggs from those chickens there”
“Okay dad,” she sighed as she got up again to go help with the chickens.

My science fair project was about growing mould to see if bleach or UVC light is better for killing mould and which is better for the environment. Bleach got rid of mould faster but UVC is better for the environment and it still works. The UVC looks like it does not work as much because it just stops it from reproducing and it does not wipe it of the the bread like the bleach does. We treated them every day. Here is a link to my google doc where I put my information: https://docs.google.com/document/d/1nauY1K1vFjpFVzWKVq2OXZZ6jaHD-7mFVeOkiz1DL6Y/edit?pli=1
here are some pictures: 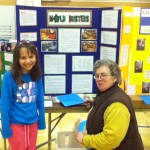 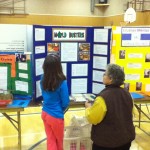 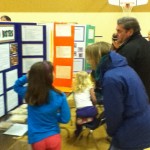 Minecraft is my favourite computer game. In Minecraft you can build lots of things. There are lots of kinds of blocks you can use to build like jungle wood, diamond, and green wool. I would guess there are at least one hundred different blocks you can use in Minecraft. The blocks I use for houses most are wood planks and bricks. To place blocks, right click on top of another block. To get rid of blocks, left click on the block you want to destroy. Things like glowstone can be used as a decoration. Glowstone glows.

In Minecraft there are lots of mobs (monsters). Herobrine is one of the mobs. He haunts people. If you see him he will attack you. If you attack him he will blow your things up with TNT. He looks like a normal Minecraft person, but he has white eyes. He can also spawn zombies (another type of mob) in front of you. The most common, and easiest to defeat, mobs are zombies. You can kill them with almost anything. Another mob is a creeper. If you get too close to a creeper it will explode destroying the blocks around it, and you unless you get away fast! There are lots of mobs, but the A.J. Eagle does not have enough room to hold them all!
In Minecraft you can make your own things using a method called crafting. For instance, go to your crafting table and put a bowl in the middle of the bottom row. Then put a mushroom above it and you will get mushroom stew. You can make things like anvils and you can also dye a bunch of colours of wool. I love Minecraft!

Every Christmas Eve my family comes to visit for Christmas.  I wake up early in the morning and eat a cinnamon bun and pulla breakfast. Then until lunch I open my presents. We have a big dinner of turkey.  Then we play bingo.  I get lots of prizes. It is so fun. CHRISTMAS IS GREAT!

Books I’ve Read
So far I’ve read The Bad Beginning, Clementine, and I am working on The Spiderwick Chronicles.  My favourite was The Bad Beginning.  I liked the end.  In the end of The Bad Beginning I liked when the lights go out.  I liked Clementne because she cut off Margaret’s hair.  I like to read because it’s fun.

once apon a time there were two boys named phineas and ferb .   at the video count down station the videos were playing.  and evryone was having fun!

Dear friends,
I am a pictsher drawer. If you want a pictshr just leev a coment on my post. I draw with pencels. And I am vary good at drawing peepl.
I draw a triangle for the dres, a sercl for the hed, eye lashis and triangie shoes. Do you waunt a pictshr? What do you like to draw?

Learn how to draw cartoons, comics, and anime at Sketchfu!

Im a song ritre. If you waunt to get a song just leve a coment . Here is one of my songs:

I see all the nature,
I feel all the wind,
But thars nothing beter than ,
Camping when Im outside!

Learn how to draw cartoons, comics, and anime at Sketchfu!