My second artist profile is about Jason De Graff.  He was born in Montreal, Quebec, in 1971.  His painting genre is hyper-realism, which is paintings and drawings made to look like a high definition photograph.  He went to college for illustration and design, but later decided to become a painter.  Jason De Graff says that his paintings are about light and reflective/transparent surfaces.  He says he never reproduces what he sees completely, but adds his own ideas to everything he paints/draws.  Here is a link to a selection of artwork by him: http://twistedsifter.com/2014/03/hyperrealistic-still-life-paintings-jason-de-graaf/

Below is one of Jason De Graff’s Paintings: 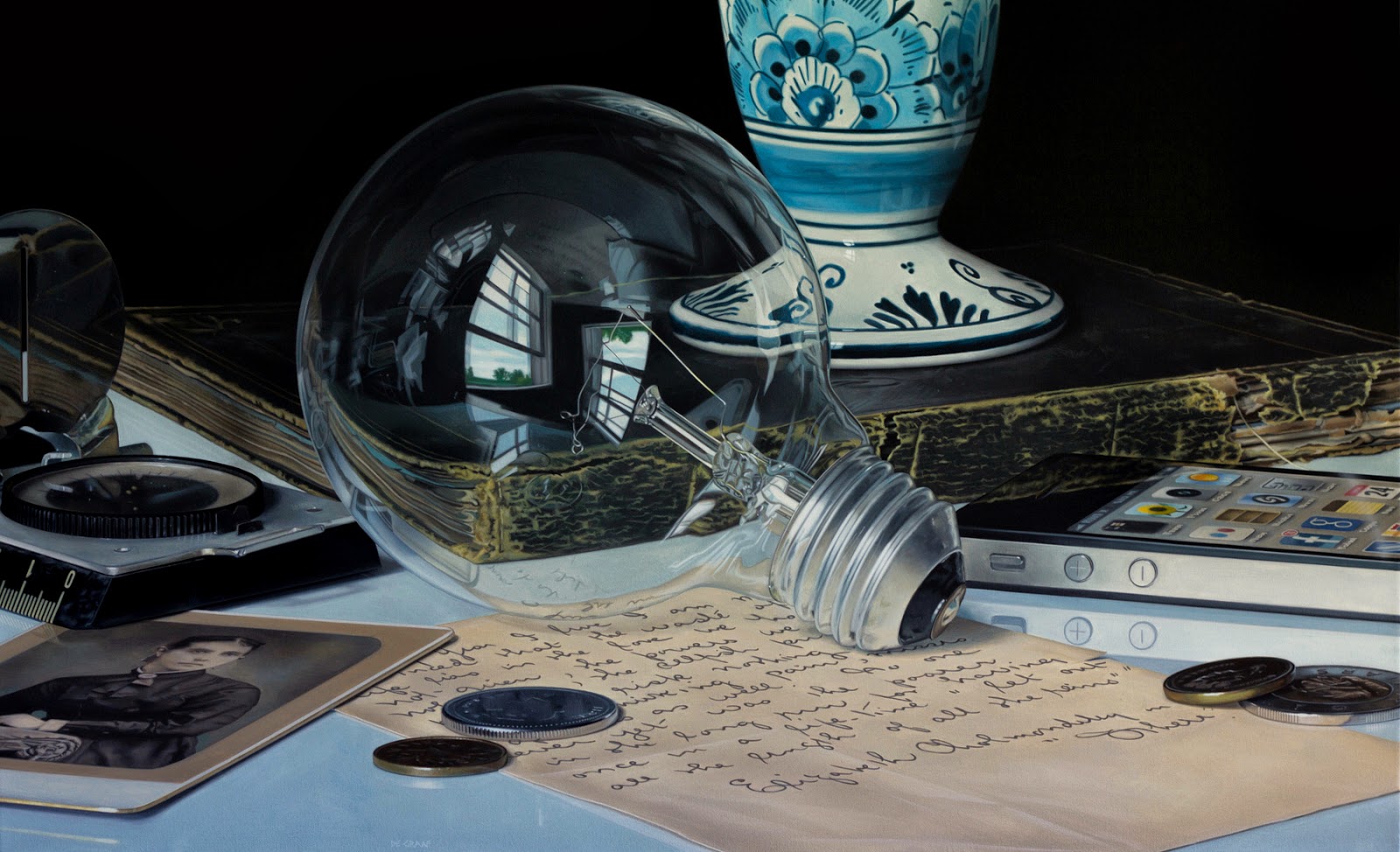